Sew-In and a spider

Last night was kind of a modified Sewing Party. the absolutely wonderful Mrs P linked to Friday Night Sew-In, I didn't because I forgot. So we had a kind of party, emailing each other every hour or so to encourage each other.
My contribution to the night was hand sewing the binding to the back of a quilt.

Everything was going perfectly, I accomplished quite a bit. 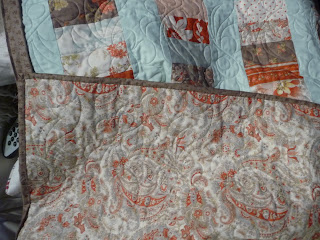 UNTIL
Now I have to warn you scaredy cats that don't like creepy crawlies, avert your eyes now, go off and have a coffee and don't come back until my next post. I am slightly concerned that if I post this I will turn away thousands of potential travellers to our fine land. Also don't read any further if you don't like swearing, it has been sensored, but....................
I spotted this. 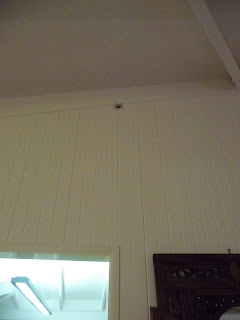 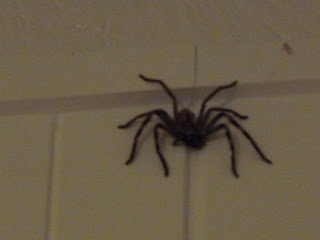 I wasn't too bothered by it, until I took a pic with a flash, 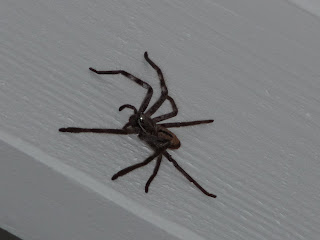 Look at it's eye, shining brightly in the middle of it's head, that gave me the creeps.

The emails went back and forth like this (heavily sensored as I don't want  people to think that Mrs P and I use anything but polite language.)


Me:Look what I just saw when I came back in 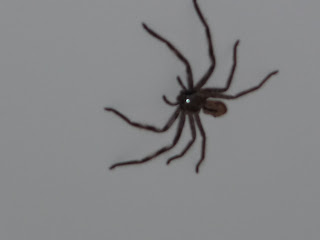 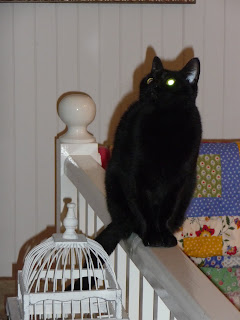 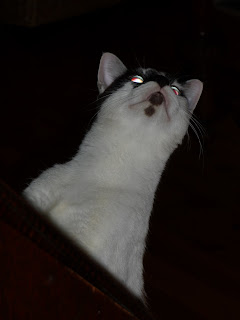 Mrs P: Stuff a towel under your door...it's going to die. A horrible death. Like
agent orange for spiders horrible.  It usually only takes 5 minutes.
Me: It's taken freaking longer than 5 mins, and it has only looked pissed
off, not even looking like its in its final death throws.

Mrs P:  ( a very helpful comment here from her at this stage)   Maybe it's a super spider and you just gave it extra powers with the spray?
It's probably sending out subliminal messages to all the spider friends and
theyre converging on your house as we speak...

Me: I think I'm going to die from fly spray poisoning before that nuclear
######## does. Maybe its a cockroach in a spider suit.

Mrs P: Can you see a zip? If you can see a zip it's in fancy dress...
Me: I'm not getting that ######### close.  You can come over and have a look if you like, or maybe send Michael.
A few minutes later.
Me: I went over to watch TV while i was waiting for it to die and it
followed me over......#########
Mrs P:  OMG it's STALKING you.
Another quarter of an hour later.
Me: It hasn't moved for ages now, fingers crossed
Mrs P: It ‘s probably faking it- if you go to bed – it will get into your booze cabinet. You don’t want to be confronted by an drunk surly spider at 3 am do you?
Me: You're making me cry, I am going to have nightmares. Not my booze cabinet aaaaahhhhh!
Me: Oooh oooh ooh it's sort of twitching slowly, I think that is a good sign. EIther that or he is getting ready to jump on me.

Me: I'm going to bed, if you don't hear from me in the morning, you know I have been attacked by a mutant spider that has got super spider powers from being sprayed with a couple of litres of fly spray.
Good night. I hope I wake up in the morning ( without a spider staring at me) now I'm freaking myself out. If you don't hear from me call the police.
THIS MORNING
Me: I survived the night, mwaa ha ha ha ha ha ha ha
I got the #######, still wondering whether it was a cockroach in a spider suit though, 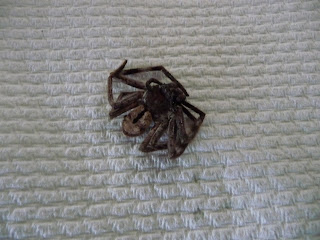 Does that look like a zip to you?
Mrs P:  Oh Thank God. I got up hoping there would be an email from you  to let me know you were OK.
If there wasn't I was calling the police immediately.

I love comments, so please leave a comment and please make sure you have reply email set up so I can reply to you. 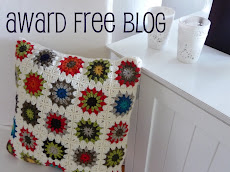 Marg
I live in the sub tropics so you will see photos of sunshine, swimming pools and palm trees. I'm not trying to make you jealous, honest, it's just how it is here in paradise. In my spare time I would love to quilt if the stars align, I am organised, my mojo has decided to put in an appearance and I actually know what I want to make. I used to crochet too and at one time or another have tried my hand at jewellery making, scrap booking, embroidery, knitting and lots of other crafty things over the years. Unfortunately I have the attention span of a gnat and I tend to lose interest quickly, but I’m still enjoying quilting three years on. Eventually I would like to get back into crochet but I now also like English paper piecing which takes up the bulk of my spare time I used to keep for crocheting or anything else for that matter. Things do not always go to plan at Chez Sunshine, so you will probably find some interesting reading, and a lot of colourful/bad language on epic fails of the crafty kind. As always I’m aiming for better time management in the future (and a more consistent mojo!). Maybe 2013 might be the year when it all happens.

This is a Flickr badge showing items in a set called blog. Make your own badge here.

Lovely people who read my ramblings

This is a Flickr badge showing items in a set called Finished 2011. Make your own badge here.

Just some of my crafty inspiration

Why I can't find the time to read many books. These are much more interesting!